In Some Great Stories of Courage, the End is Only Just the Beginning.

When a talented young man’s dream of playing in the National Hockey League is abruptly cut short by a rare and debilitating form of cancer, his vision for a compassionate and generous community would become a lightning rod of inspiration for a generation of believers. And in the wake of an untimely passing, a story of amazing selflessness would galvanize an organization, rally a city and further a cause even beyond his wildest dreams.

A Modern Day David Takes on His Goliath

For any audacious enterprise, resolve and stoic leadership in the face reality is the catalyst that can seemingly subdue all odds. Such is the story of a young Canadian hockey star, destined for the NHL, whose dream was snuffed out by the insidious implications of a disease that knows no distinction. Although young Todd Davison, was not on this earth long enough to witness the extent of his foundation’s positive effects on young Canadian patients, his legacy lives large in the minds and contributions of its supporters. 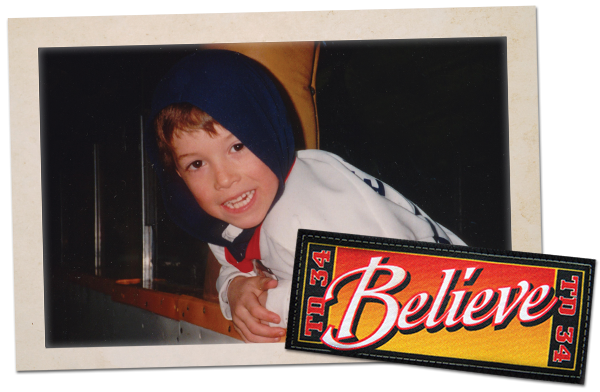 Creating Big Buzz through a Larger Than Life Story

When a beautiful young spirit with all the promise in the world takes on the worst that life can throw at him, it’s not at all that difficult to imagine a cause would be born. His would turn out to be the Believe in the Goal Foundation. But, what do you do with such stories of passion, pain and promise? Why, share them of course.

Although every great cause is uniquely well served by a talented and gifted spokesperson, it has never been more important to create awareness and buzz to make a difference. Championing the virtue of uncommon achievement can rally team spirit and inspire great will; but to move mountains it pays to think big when spreading the word. In the case of the Believe in the Goal Foundation, one young man’s courageous and daring leadership would inspire supporters to trumpet their organization’s message across a city’s rooftops.

Many wonderful organizations in the fight against cancer have traditionally raised funds to impact research and cure. Todd Davison’s vision of hope became singularly more focused than that of his predecessors. As his cancer became increasingly invasive and hospital stays became longer, the cold realities of his experiences embedded a deeper resolve to ensure patients following after him would endure a better, brighter and more cheery stay than his. 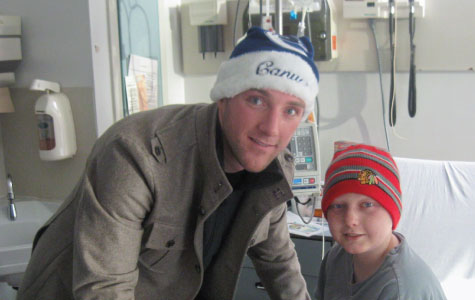 If you think you are too small to make a difference, try sleeping with a mosquito.”

“I see a sold out rink that's crammed with people, where everybody comes together to watch the game, and everyone knows they're helping the cause.” ~ Todd Davison Founder of Believe in the Goal

You’re Never Too Small to Make a B.I.G. Difference

From Atom hockey to Peewee and on up through the ranks, the numbers that once mattered to the modest Davison were quite often the ones that all athletes ate up – projected wins and losses, goals and assists, and even on-ice plusses and minuses. But all that was to change as his dream of playing in the big leagues slowly slipped from his grasp. From the moment he fully realized that his destiny would be altered forever, a new numbers reality would dominate his attention.

Following major surgery on his shoulder in March of 2005, effectively ending his career, Davison channeled his embraceable charm towards an even bigger goal in life, raising money for young cancer victims on a very big scale. Two signature charity events – an all-star mid-summer hockey game and an invitational golf tournament, both featured an A-list of homegrown professional hockey talent and a cast of great friends. This resulted in over…

This was all during a time when Winnipeg had been living without their beloved professional hockey franchise since the mid-1990’s, so the concept was nothing short of a big hit right out of the gate. 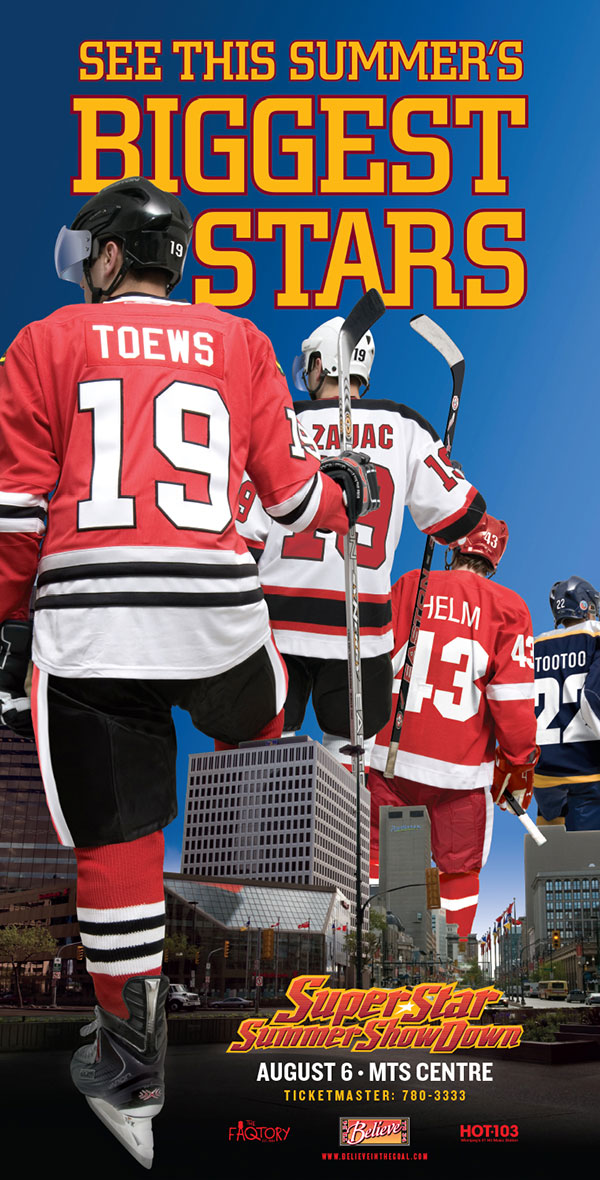 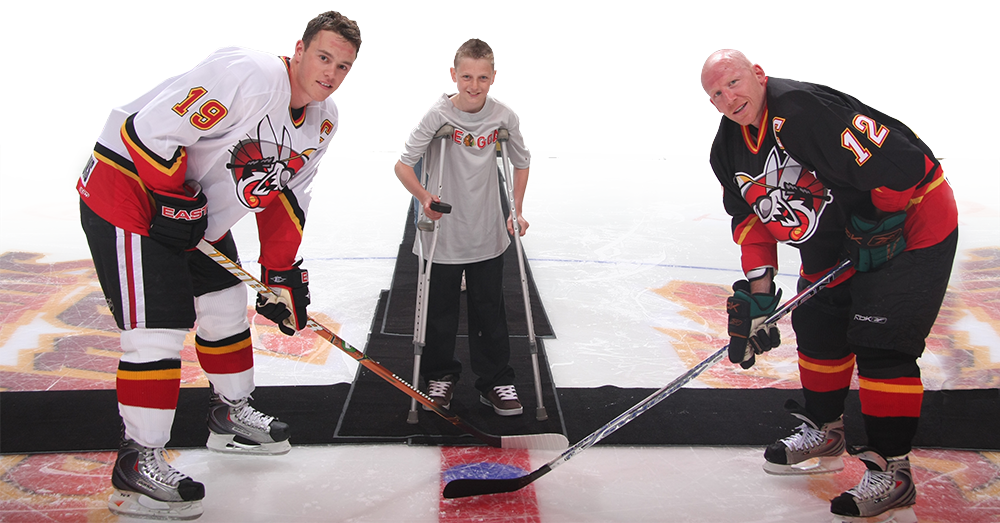 So, how do you go about thanking a group of world-class professionals, so willing to gift their time in support of a great cause? Why, you roll out the red carpet of media support.

Q-Power was tasked with the design and development of all the various support materials for the B.I.G. event. This included everything from the hockey crest & jerseys, the B.I.G. Foundation website, outdoor billboards and bus boards, television and radio spots, newspaper ads, clothing and merchandise and even a giant 50’ by 100‘ banner that hung from the side of the Radisson Hotel in Winnipeg leading up to the event.

From the drop of the very first puck at B.I.G.’s inaugural all-star game, we made sure to deliver an experience with as many touch points as possible. The experience was worthy of not only the supportive summer hockey stars, but equally so of the thousands of rabid fans who came out in big numbers. When it came to wrap up the final event at the MTS arena, over 6,000 fans helped us celebrate the SuperStar Summer Showdown! Naturally, There’s a Moral to Every Good Story

~ In Cherished Memory of Todd Davison 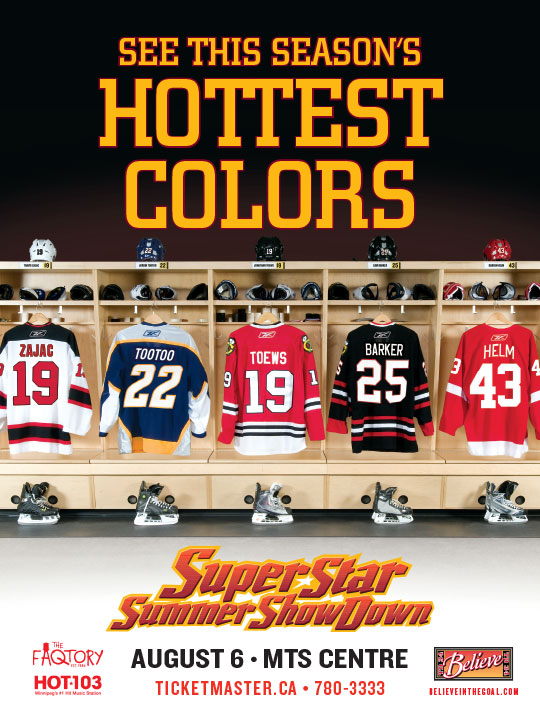