Devil's in the Details

We’ve all heard this wisdom many times before. Could it be because this age-old refrain just works? There’s a reason we have a thing about following in the footsteps of the masters when it comes to execution excellence. It’s because attention to detail, even in corporate culture, is right up there at the top of leaders’ how to be successful list.

Following the lead of these legendary, detail-obsessed pioneers and gurus will be certain to inspire, as we’ve all at one point or another fallen in love with their products and services. A word to the wise: delivering to such standard is not for the faint of heart. 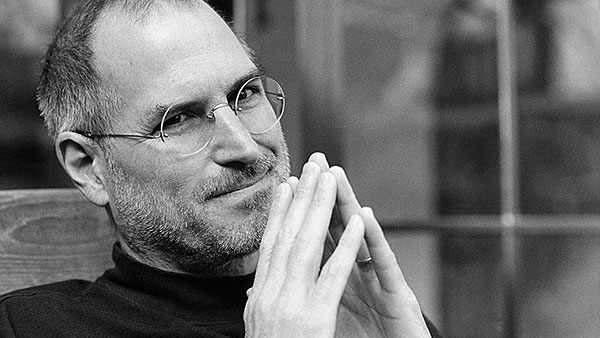 A Guy Who Made Detail His Job

We all know the legendary Steve Jobs as a visionary, a virtual one-of–a-kind in the communication technology cosmos. Although the Apple co-founder inspired and created some of the most innovative and influential communications tools ever conceived by man, he never underestimated the power and importance of a little discipline in the design and development equation. As a matter of fact, he insisted on it.

Sure, we’ve all grown up fawning over Apple’s state of the art features, understated elegance and cool factor. Yet none of these products would have ever reached their glory, had it not been for Jobs’ insistence on three very entrenched and enforced proprietary design principles. Product development hallmarks that would not only serve as Apple’s innovation mantra, but in the end, serve to safeguard from the mundane and the ordinary in every way possible. 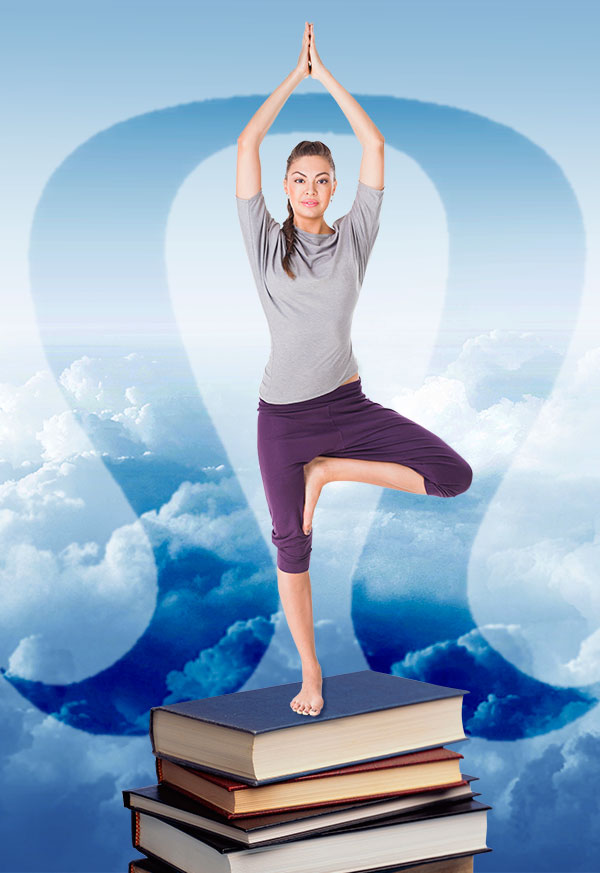 A Lulu Of A Corporate Culture

Unlike many of today’s profit-driven corporate regimes, athletic apparel company Lululemon’s sustainable model for growth and expansion is emphatically engineered around its in-store front-liners.

With strong Canadian-based cultural roots, Lululemon champions its retail store employees (approximately 4,500 across North America) as educators. With a significant portion of the training for these front liners focused on developing personal connections with each and every in-store customer, it’s no wonder the company is winning in its quest to inspire, encourage and grow.

As healthy-lifestyle and fitness ambassadors, Lululemon employees must establish ten-year goals for themselves, which are posted inside each store. And in case that wasn’t enough, they’re also given selected books that founder Chip Wilson himself chose to be critical to his own development. All of which are required reading by every employee. Now that may sound a little intense and somewhat maniacal to some, however with prospective employees across the globe signing up in droves, it’s clearly a message that’s galvanizing an enviable troupe of front line ambassadors across the continent.

Whether it’s a corporate wide, devil’s in the details commitment to culture, or one man’s personal mission to manifest the ultimate in form and function, apparently it pays to be a little lulu.

Ten Good Things To Know To Ward Off Evil 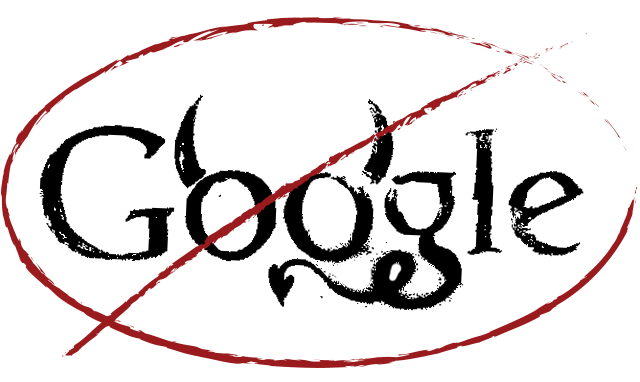 Some corporate entities are all about doing good and being great. They consider it their mission to put things down in stone to follow for forever.

Just such an entity was launched in 1998 by a couple of upstart PhD students at Stanford University in California. You may have googled them somewhere along the way. When Larry Page and Sergey Brin’s Google exploded onto the global advertising technology scene, the company’s altruistic leadership crafted a simple, yet definitive manifesto worthy of the idealism represented in their corporation’s positioning line – Don’t Be Evil.

You see, Google understood very early on that the almost limitless capacities of the search engine technology they were pioneering would not only afford the world an unparalleled information resource, it could also be used for subversive and potentially even evil ambitions.

In order to ensure Google stayed true to its original values and virtuous mission, they decided to write down their top ten company truths for all time, as an ever-present reminder to employees and corporate stakeholders alike, of what it would take to remain diligent and great always.

Ten Good Things To Know To Ward Off Evil

1. Focus on the user and all else will follow.

2. It’s best to do one thing really, really well.

3. Fast is better than slow.

4. Democracy on the web works.

5. You don’t need to be at your desk to need an answer.

6. You can make money without doing evil.

7. There’s always more information out there.

8. The need for information crosses all borders.

9. You can be serious without a suit.

The heart and soul behind our own emotional brand legacy is without a doubt our proprietary brand development. We recognized very early on through the company’s successes, that a somewhat conventional, yet often overlooked mix of creative elements were present in each and every winning brand solution. And just like Mr. Jobs, we insist they find their way into every customer’s work… always.

Although these winning brand design elements have in one form or fashion been an integral component for over a century by both the biggest and the best in the branding and advertising world, smaller boutiques and local agencies frequently underestimate or miss altogether these all too critical creative components.

Nearly two decades ago, Bill Gates wrote an essay on Microsoft’s website titled ‘Content is King’ and ever since, the phrase has become a mantra for SEO and Internet marketers the world over. Needless to say, Mr. Gates was right in his predictions of course. Content is what drives the Internet as we know it. The most popular online applications in the world are the ones in which we populate the Internet with more content; social networks, blog hosts, video-sharing websites to name a few. And then of course you have enterprising search engine pioneers like Google, whose industry-leading platforms make it possible for us to explore and discover even more content.

Content marketing has never been easier. Everyone’s doing it. And true, that may mean that it’s getting more competitive, but you need a little indirect competition to help market content. It’s a game of borrowing audiences and networking, and that’s just not possible when you’re closing yourself off from the world in fear that a competitor is going to steal your ideas. Your ideas have no stage to perform upon, let alone an audience, if you keep them to yourself.

In reflection, content has always been king. A few years before Bill Gates wrote this, Sumner Redstone; majority owner and Chairman of the Board of National Amusements and majority owners of media giants CBS, Viacom, MTV and Paramount Pictures, originally introduced this now mainstream mantra in its modern day context.

Mr. Redstone’s definition of content was rather broad – ranging from movies, TV shows, music videos; any form of entertainment really. But of course it’s still relevant. In order to compete effectively with your most progressive challengers out there, the more content you have to provide, the more distinctiveness you’re going to be able to create. 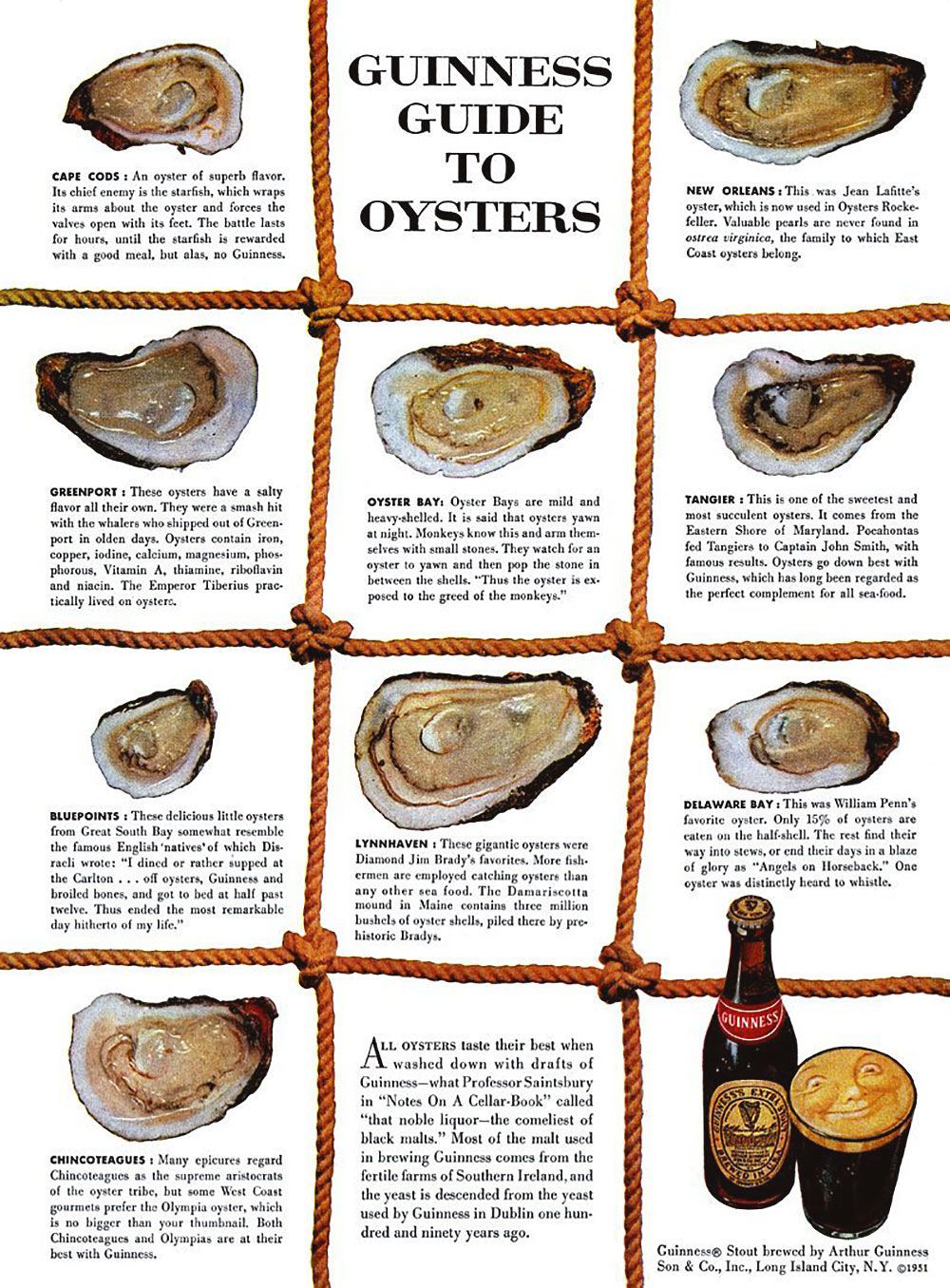 Truth be told, it’s never really been any different in the advertising, marketing and promoting business. Already in advertising’s pioneering heyday, marketing gurus like David Ogilvy were showcasing the tried and true benefits of insightful and distinguishing content. Mr. Ogilvy was legendary for his winning, information rich, soft sell ads that didn’t insult the intelligence of prospects. Instead, they paved the way for all of us to embrace the kind of engaging and informative messaging consumers would trust. 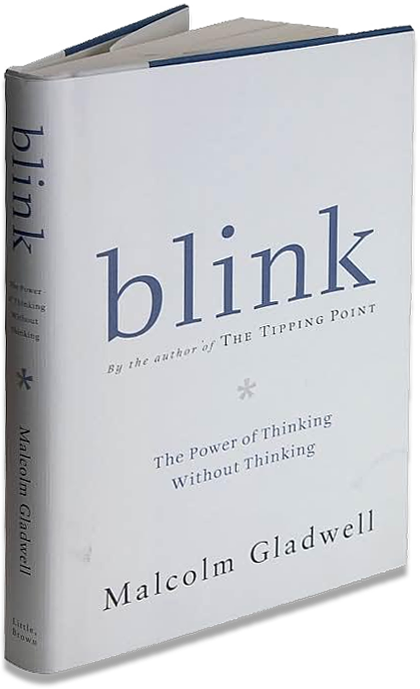 Malcolm Gladwell, in his pioneering human behavior text, Blink - The Power of Thinking Without Thinking, reveals a studied perspective on the subconscious and our innate abilities to make almost immediate determinations on what we believe we are seeing, thinking and feeling at any moment in time, without the typical context or background color. Why is this? What is this instinctual ability that most of us have for just knowing when something is, well… WOW!

Perhaps best left in the hands of today’s neuro-gurus and human behavior specialists, one thing all emotional brand imagineers know for certain is that the human senses are always in play when it comes to making consumers feel that certain something.

As human beings, we’re naturally wired by our senses – sight, sound, taste, touch and smell. And at Q-Power, we’re all about the senses. We’ve discovered early on that when we appeal to the human senses through evocative brand solutions, we’re definitely on the fast track to making genuinely memorable consumer connections.

In taking a quick walk-through our showcase, we believe you’ll discover something just a little different. No one solution is the same, and each will leave you thinking, ‘Wow’. Most notably however, you’ll see first hand how the emotional brand employs the human senses through each and every marketing communications challenge we face.

It may be an anthropomorphically designed elite performer’s trophy for one of Canada’s premier investment firms, or it might just be the largest outdoor promo banner ever hung in a major Canadian urban center.

It may be an authentically woven, tactile zipper-cased book cover, championed by the world-renowned Random House book publishers themselves, or perhaps a Ripley-like interactive online scholarship contest, complete with inspiring graphics, visuals and funky facts to really get youths thinking. Either way, we invite you to take a walk through our Q-Power E-Brands showcase and see for yourself, why we’re one of Canada’s premier small to medium size business brand experts.

Even A Fish Will Wait For A Good Hook

Life’s busy, real busy. As a matter of fact, life’s been ramping up at an exponential pace ever since the cotton jenny spun its way onto the Industrial Revolution stage some 250 years ago, so it’s little wonder we human beings look to a little levity to help us through our hectic and harried days.

We genuinely believe in the power of the hook in advertising to help soothe and massage our weary consumers’ souls. Truth be told, we see it as one of our top creative priorities. Now, we don’t profess to be able to squelch the stresses of overloaded consumers all on our own, so putting an immediate halt to all of the exercise programs, yoga regimens and daily meditations in place, may not be the most brilliant of ideas. Yet we certainly do advise to never underestimate the power of a little wit and whimsy when it comes to brightening consumers’ days.

So, how might our friends at Google best describe the hook? Well, BusinessDictionary.com defines a hook like this: An enticing offer, clever phrase or catchy jingle that captures its intended recipient’s attention, arouses interest, and makes him or her receptive to the proposition that follows.

Although we certainly wouldn’t argue with this general overview, it doesn’t truly paint the full picture, at least not in our world. The pursuit of the clever is not the sole domain of writers and wordsmiths; rather it’s in the hands of each and every one of the creatives within our organization from designers to developers.

If a train station is where a train stops, then what’s a workstation?”

“Design is a funny word. Some people think design means how it looks. But of course, if you dig deeper, it really means how it works.”
~ Steve Jobs